Department of Computer Science and Engineering

The LazerBoy Entertainment System LDCS is a wireless gaming platform which is designed to be controlled with a toy laser gun.  Inspired by light gun technology for older home gaming consoles, the LazerBoy LDCS offers a new solution for this form of entertainment since the light guns of years past do not work with modern televisions. Its featured game is LazerSimon – a rendition of the ultra-popular electronic game from 1978 which is still sold by Hasbro, Inc. – but with a laser gun. Players can improve both hand-eye coordination and memory skills in a unique, safe, and fun environment.

The LazerBoy LDCS is comprised of battery-powered modules called the LazerDirector, the LazerLink, and the LazerTargets.  The LazerDirector is powered by an ESP8266 microcontroller which manages all game logic, coordinates communication between the other modules, and provides a human interface for starting and changing games and other settings. The LazerLink is an ESP8266 microcontroller which provides a dedicated non-internet-facing Wi-Fi access point to facilitate communication between modules.  Four LazerTargets come with the LazerBoy LDCS, each of which is powered by an ESP8266 microcontroller that is directly connected to an Arduino Nano microcontroller, called a LazerDetector. Each LazerDetector uses signals from the LazerTarget to translate game control messages from the LazerDirector into various sequences of colored lights and sounds, while providing an interface for its LazerSensor photoresistor array to relay the detection of laser pulses back to the LazerDirector for sustained gameplay. Together these modules create a wireless distributed-computing embedded systems platform that implements a custom message passing scheme for playing coordinated games with a laser gun. 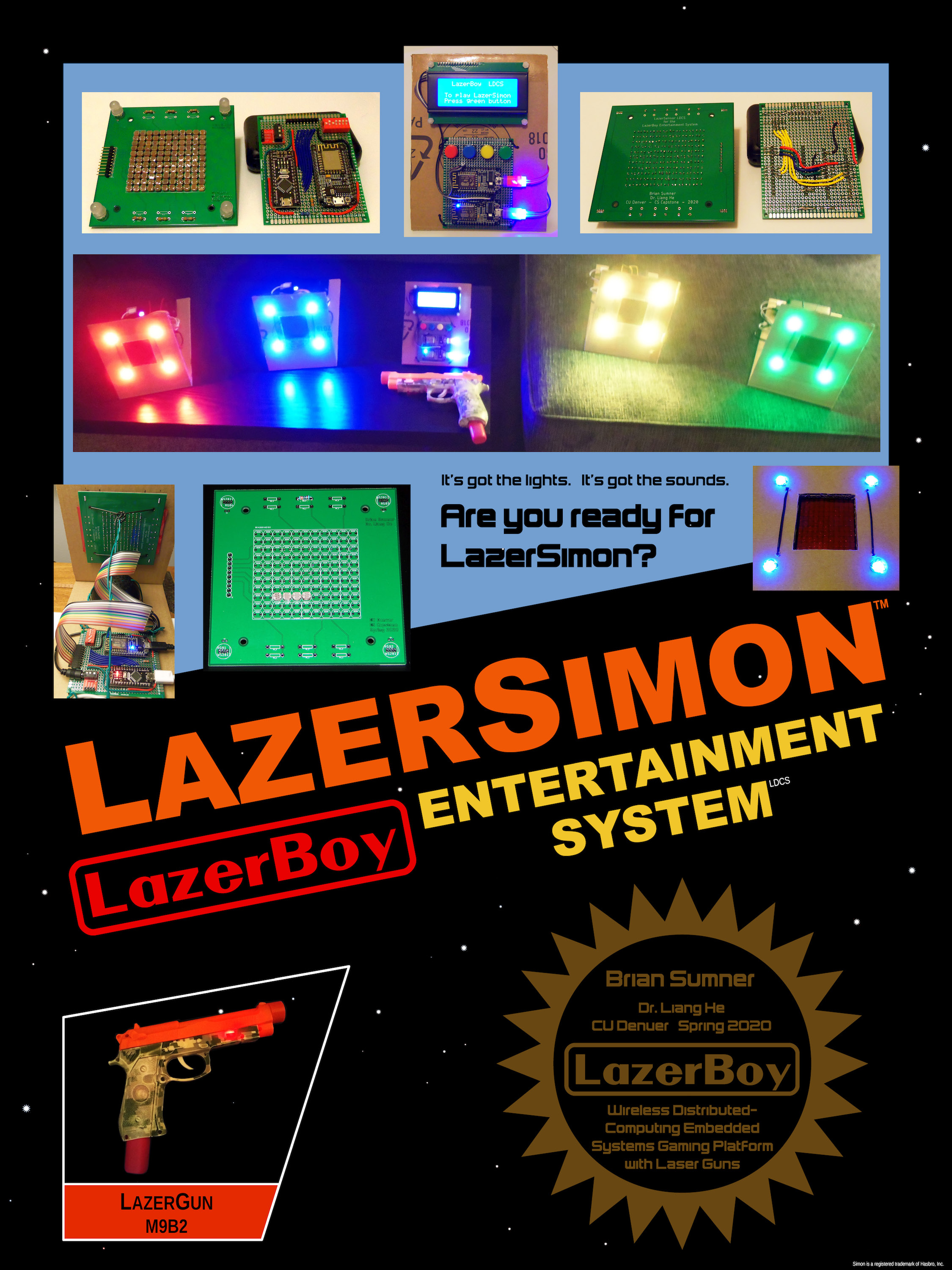