Accurate snowfall measurements are an important consideration for many industries. The snow-water equivalence (SWE) can be used to predict water resources available for agriculture and municipal water, model flood potential and severe weather, management of reservoirs and many other applications. Current methods for measuring snowfall have proven either expensive (large areas measured by aircraft) or lacking in data (fixed sites measuring small areas and interpolating). The goal of the Snowpack Accumulation Measurement System (SAMS) is to provide a low-cost solution to accurately measure large regions of snowfall.

Using lidar, SAMS will be capable of mapping areas in real time, allowing point cloud comparisons to be done on a region both pre and post snowfall. From aligning these maps, information on snowpack depth can be extrapolated. The system aims to make these measurements both easy – an automated process from beginning to end– and inexpensive – in equipment, maintenance and manpower costs.

The current working prototype includes a Livox Mid-40 lidar with a 260-meter range on a custom-built mount rotated by two servo motors for full coverage. The servos will be operated by an Arduino Uno microcontroller which will in turn be regulated by a Jetson Xavier NX embedded processor. The Xavier will run the main script, controlling both the movement of the sensor and stitching together point cloud maps of the area of interest from measurements taken by the lidar at 100,000 points per second. While this iteration will be on a fixed mount, the future goals of this project envision a drone-mounted system capable of measuring large regions with relatively low power consumption. 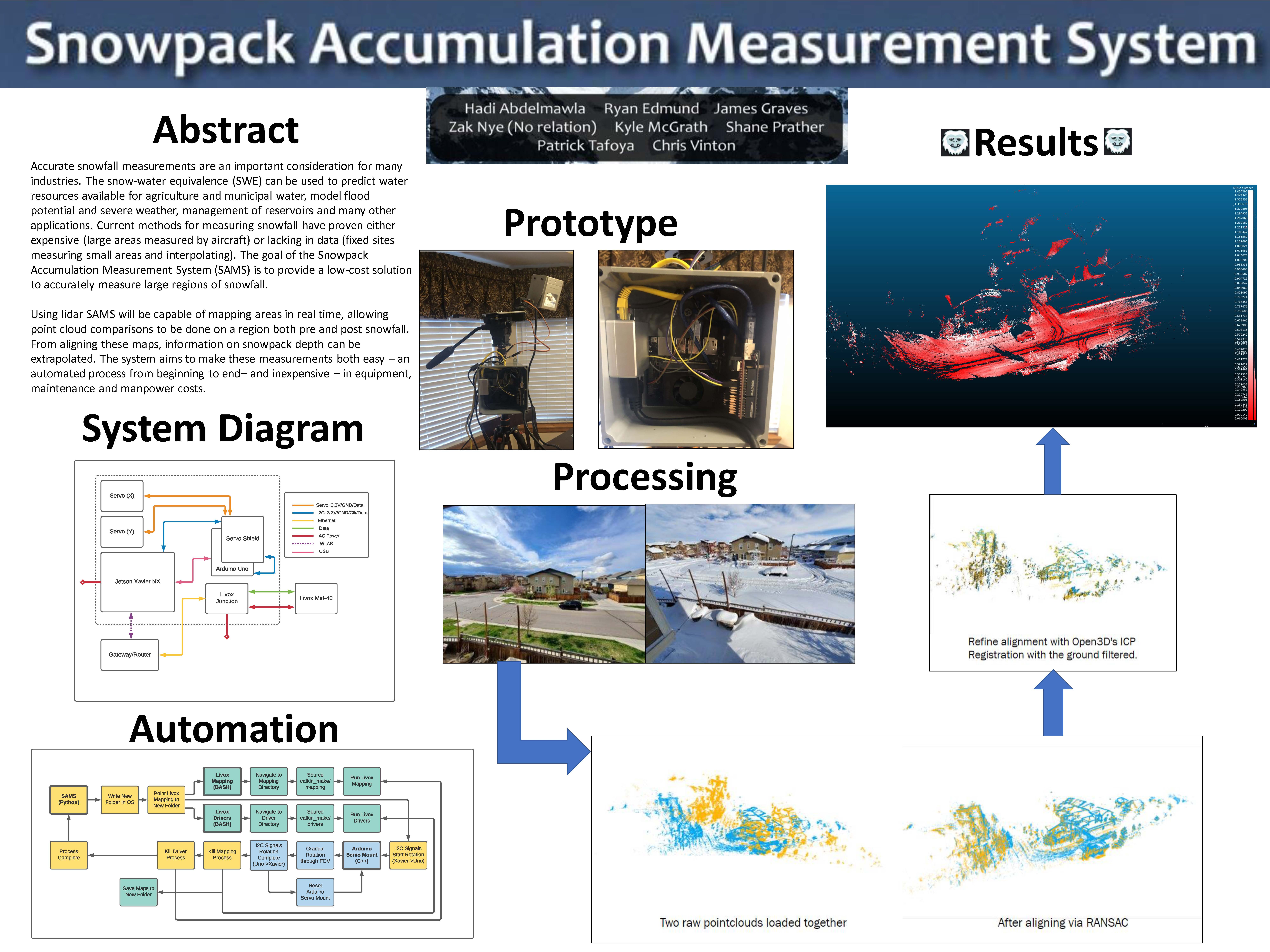