With an increased world population and sources of potable water becoming more scarce, accurate, widespread snowpack measurement is important data to both scientists and the public. Currently, the methods for collecting snowpack data are cumbersome, expensive, and do not yield high enough quality or quantity of data. For this project, our group of engineering students are collaborating with stakeholders at NCAR, the National Center for Atmospheric Research, to develop possible ways to improve snowpack measurement techniques. Following an assessment of budget, expertise, and time available, an approach focusing on the modeling of blowing snow as it pertains to snowpack measurements was selected.

Instead of directly measuring snowpack levels, a system to collect pertinent data for modeling migration of snowpack snow is being developed. To this end, our team has developed a system that utilizes a low cost hexacopter drone that serves as a mounting platform for a tether cable. On this tether cable is an array of sensors that can be fielded at any elevation from ground level to drone flight elevation. This sensor package consists of meteorological sensors including temperature, humidity and pressure as well as altitude for reference. This sensor package is based on low cost and low power Arduino units and stores recorded data with a timestamp to an SD data card.

In addition to the Arduino based data logging system, a Raspberry Pi camera based particle detection system that aligns with the wind direction is also included to capture moving particles of snow. Images are captured by the Raspberry Pi camera and stored for analysis. A two plate “tunnel” system that resembles a wind sock fields a camera and a uniform backplane to capture particles that pass through the imaging aperture. Images are stored for analysis. Utilizing computer vision analysis, the composition, speed and quantity of these particles can be modeled.

While currently only operating as a proof of concept prototype, this hobby level cost system could be scaled up to a commercial product capable of collecting valuable scientific data to aid in the modeling and analysis of snowpack formation and migration. 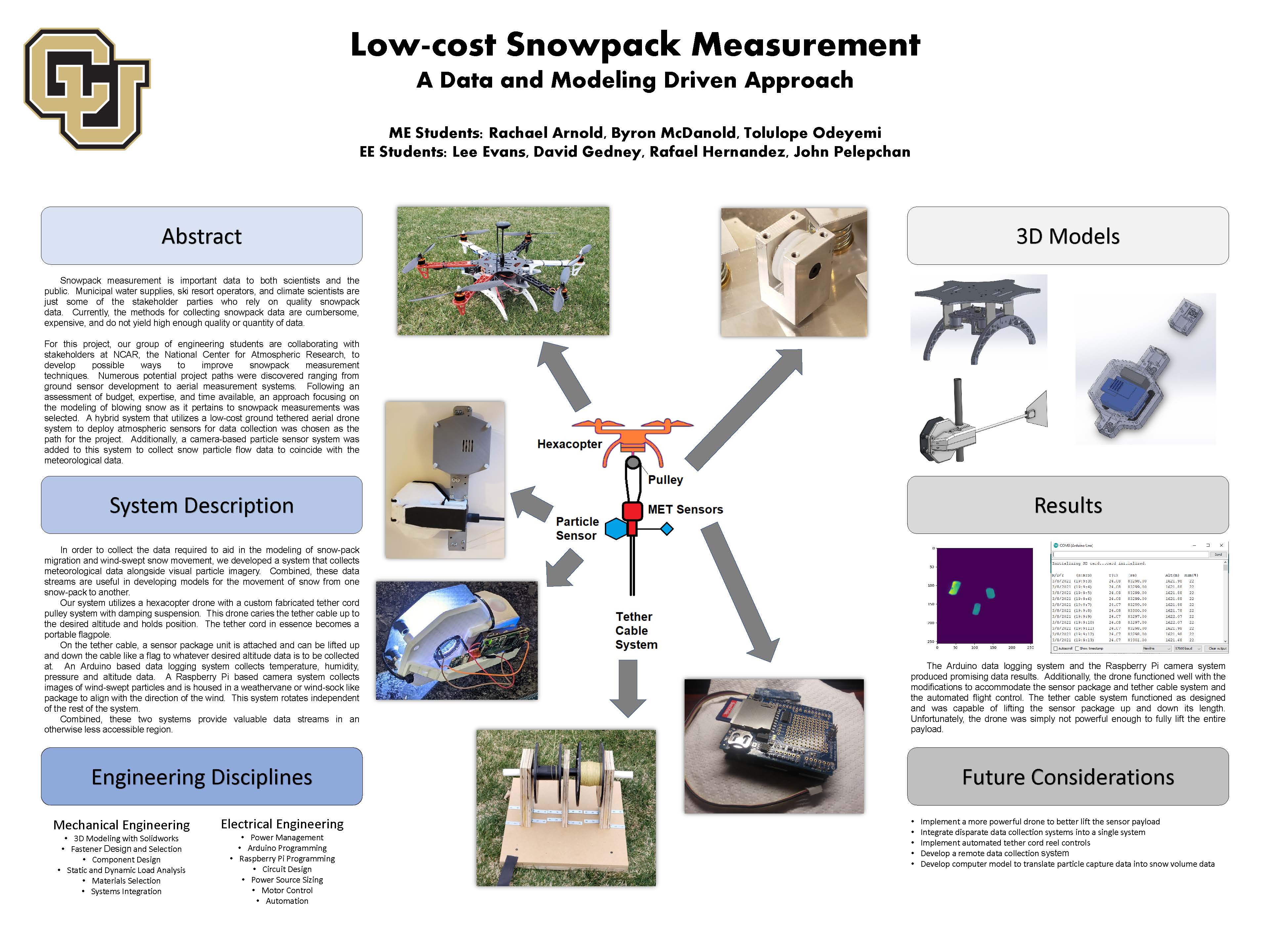