Expos are where we grow.

There’s a variety of awards handed out at each expo. Strive for excellence!

The work shown at expos is always interesting, and learning is a huge part of the experience.

Given for the most ambitious project, The Jaws Award goes to the team who took a big bite out of a challenging problem space.

The Zero to 60 Award

Awarded to the group that started with little expertise at the beginning of the semester to being fully adept in their problem of choice.

This award goes to the crowd’s favorite project. Whether it’s the most fascinating, playful, clever, or memorable, this group stole the show.

The Fusion Award is given to the most interdisciplinary project. This team made exceptional use of diverse ideas, skills sets, and knowledge bases.

This award commends the group who fully fleshed out their project. They did through user research, and created a fully-baked marketable prototype.

These awards are given out at the discretion of the Lewis Family. This award is given out at certain times, where Inworks will specify. See more 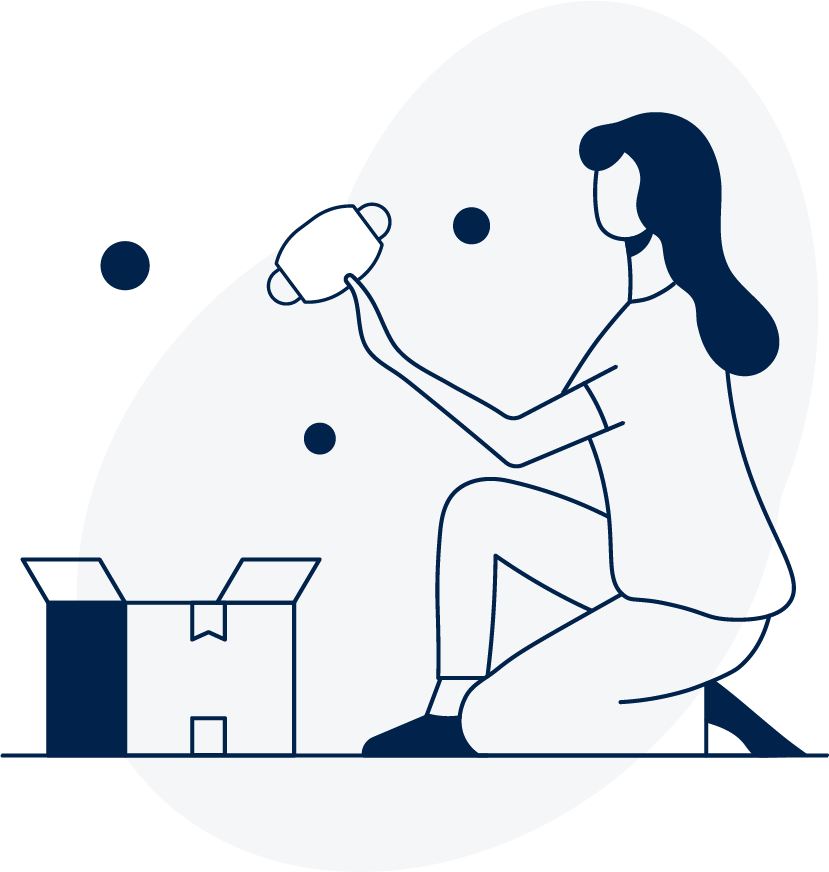 A social innovation, a crowd-sourced organization to design, develop, and deliver Personal Protection Equipment to Colorado during the pandemic.

By Ishea Lee and Keeley Elliott

A virtual game where participants use healthy communication to discuss contentious topics.

By Michael Sperandeo and Ryan Buxton

We have put together light up LED roadway markers in order to help drivers get to their destination safely in the dark and poor weather conditions. We aimed to make it not only cost effective, but durable and long lasting.

Smart Poker uses a projector to directly project what is going on on the table at all times. RFID chips also allow a player Smart credit card to help with day to day transaction and assist with budgeting.

Crime is an unavoidable truth which heightens fears in society. What will a second look at fear promoting data tell us. An electronic visualization of Denver crimes, call dispositions.

The average household cleaning product shipped from factories contains more than 70% water. That means the majority of shipping weight is water – a product delivered through your kitchen spout. As a team we present PurePod, a biodegradable dissolving pod containing concentrated cleaning solutions. Our PurePods would reduce shipping weight and cost as well as the amount of waste from disposable cleaning bottles. By purchasing our ‘starter pack’ customers will receive 2 spray bottles and 4 types of cleaning pods. Put a pod in the bottle, fill with water and you’re good to go.

Nora addresses the environmental impact that the built world has on the existing world. The amount of waste that is generated by the construction industry makes up 40% of landfills in the United States. Using mycelium, the root-like structure of a mushroom, as a material, I am promoting a sustainable alternative that can be used from building insulation to sculptural work. I have created a guide for designers to grow it themselves, explored creative ways of altering mycelium in order to expand upon its potential uses, and showcased that potential of the material through sculpture. By embracing the temporality of the things we create, we can be more intentional in the materials we use.

By Jack Barbee and Yemi Ibrahim

By Jack Spano and Nathan Mencini

While experimenting with various soil consistencies and applications of the material, the study generated multiple functional models using different prototyping techniques and solutions.

Sustainable Single-Use Plastic developed a prototype of a biodegradable utensil created from potato starch. This innovation aims to address the growing problem of single-use plastics by utilizing a utensil that is not only biodegradable, but it also made out of sustainable materials. Cradle is a fully fleshed-out game created in our Game Design and Development 1 class.

Learn About Inworks with Proto created a multimedia marketing campaign for Inworks centering around a robot mascot named Proto. One of the ideas they fleshed out was introducing QR codes leading to a video tutorial of how to use our 3D printers.

Meditation Station motivates kids and people with terminal cancer to learn and practice meditation with Hologram interaction. Meditation Station interacts with the user and brings a calm environment with a multi-sensory approach.

Key Buddy uses Bluetooth technology to send alerts to law enforcement of the person’s location after they press the alert button if threatened. Key Buddy allows people to feel safer with an aesthetically appealing key chain.

Millions of people suffer from Traumatic Brain Injuries. Playing music is one of the only activities that activates all regions of the brain simultaneously. O3D Brainstorm is a musical workout for the whole brain designed to support faster recovery from TBI.

I was inspired to study food deserts after watching an episode of Anthony Bourdain’s Parts Unknown where he travels to Detroit and talks to local farmers who provide fresh produce to the area. It seemed unbelievable to me that there were no supermarkets in Detroit. In fact, there are approximately 18.3 million people living in food deserts in the U.S.

Smart Poker uses a projector to directly project what is going on on the table at all times. RFID chips also allow a player bet their money while the computer can keep track of the amount they are betting by projecting it directly on the table. Animations and advertisement can also be placed on the table along with making a much more interactive experience with the players and the game. The game will be played in real life similar to how it is played on a computer.

On average, 610,000 Americans die every year from various forms of heart disease (CDC 2017). One approach that is being used to help patients is organ donation. This solution has proved successful in many cases but problematic in others. But what if you could transplant tissue using the patient’s own cells? By sending the cells back in time to their stem-cell like precursor, we might be able to.

The problem faced by many Virtual Reality users is a lack of movement immersion. This is caused by the fact that most VR systems only come with touch controllers to control movement. Leaving the user’s feet completely untracked, causing a distraction from the experience in many games. This project explores one possible solution.

Our solution solves the problem of making clean drinking water with only 3 moving parts and no filters or electricity. This means that there is not much to break on the systems and no filters ever have to be replaced and can function anywhere in the world. The unique design can function in below freezing temperatures. The system only requires rational energy from the sun. Do to the vacuum insulated solar tube the temperature outside does not affect the function of the system. As long as the sun is out the system will work.

The Backstreet Box project is to provide affordable transitional housing for single homeless women and transgender persons while they are in the process of securing permanent housing. The units will be constructed in alleyways, attaching to existing buildings. By having a small footprint, they can be centrally located, reducing the need for commuting to major metropolitan areas where jobs and services are more available. The system is designed to be electrically off-grid, with solar power providing enough energy to each unit for phone charging and other basic needs. The design includes a bike locker or additional storage space for each resident. The units will be given address assignments, allowing users to have a physical address for job applications and other necessary processes.

What would you explore if the mundane or inconvenient aspects of learning were swept aside, clearing the path ahead? What might teams accomplish if learning were collaborative, and each member could easily glean insights from the entire team’s research? Could leadership take an organization farther by understanding its knowledge-base and strategically expanding its intellectual capital? Built for enterprise teams, Veeo is a knowledge acquisition and management tool that visually maps each user’s learning process. For individuals, it facilitates deep learning and augments memory. For organizations, Veeo empowers leaders to guide knowledge growth, and sparks innovation by connecting people through ideas.

Trailmark is an RFID system that tracks the number of people on a ski mountain or trail system. The Trailmark system can be used to find lost or injured hikers and skiers. Users will simply can scan in and out (ultimately using NFC technology in a Mobile Phone to “check in/out”) at trail heads, ski lifts, and the like.

Merry Seoul Thoughts 64 3D will be a re-playable “speedchallenge” game, which uses a bait-and-switch theme to initially fool the player into thinking they are playing something more casual, before sending them into a series of challenges. The first level will be Super Monkey Ball themed and with a main menu in the same art style. However, after completing the very first level, their game is immediately interrupted by some unknown figure who speaks through the user interface. After this, the player must now complete a randomly ordered set of game challenges, and a running timer starts. After completing the random set of challenges, the player will have to fight the figure who was speaking to the player throughout the rest of the game. Once this is complete, the timer stops and is recorded as the player’s score, and the player has successfully beat the game.

The Most Human-Centered Award - Vitamin A Project

Vitamin A deficiency is a major problem in third-world countries and is co-morbid to a lot of other serious health problems (blindness, malaria mortality, HIV/AIDS mortality, brain development, etc.) It is possible, and harmful, to overdose on Vitamin A, so we cannot use supplements as a solution. The current testing process requires multiple days and expensive, sensitive lab equipment, and is therefore out of reach for most of the population in developing countries. Our challenge was to create a less expensive, faster Vitamin A deficiency test.

With 80% of U.S. population growth occurring in urban areas, cities face a continuous and ever growing challenge having people travel using sustainable, eco-friendly methods while reducing city congestion. Smart Transit is building a cloud service, sold to transit agencies in partnering cities, along with mobile applications for commuters and travelers. Using real-time data, user customizations, and integration into smart-home technologies, we will be able to seamlessly integrate navigation into people’s daily lives and increase sustainable transportation use. Our data collected over time will allow us to provide valuable analytics to transit agencies and cities for future city development.