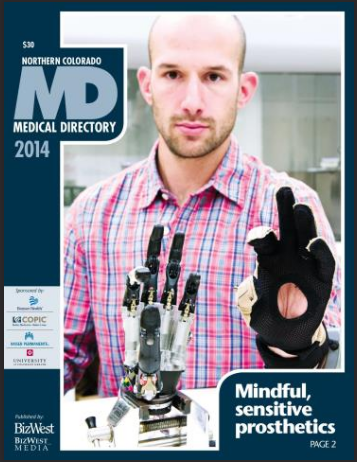 Our r​esearcher, Jacob Segil hig​hlighted on the cover of Northern Colorado, Medical Directory with his 6 degree of freedom modified Bebionic hand.

Syntouch has developed their BioTac® sensor that creates a sense of touch for prosthetics and robotics. Our lab will be using these sensors to improve dexterous manipulation in our designs.

Dr. Jacob Segil developed a novel myoelectric control system for advanced prosthetic hands. Aron Ralson, famed adventurer who cut off his own arm and then was featured in the movie 127 Hours, volunteered as a research subject in Jacob’s experiment. 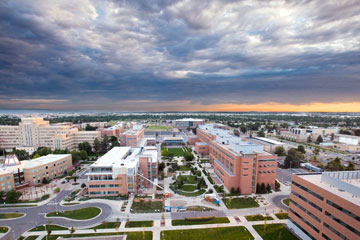 We played host to a group of Journalists in our lab on March 27th, extolling the recent advances in prosthesis, and our current work in controls and additive manufacturing. 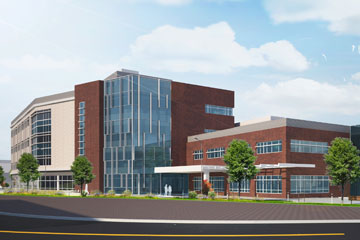 The University of Colorado, Denver will soon break ground on the new Bioscience building, our future base of operations! 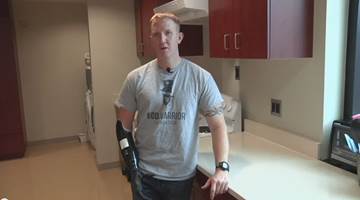 SSgt James Sides demonstrates the capabilities of the IMES (Implantable MyoElectric Sensors). Dr. Weir and the Biomechatronic Laboratory at Anschutz is the lead in developing this device with The Alfred Mann Foundation, now in clinical trials! 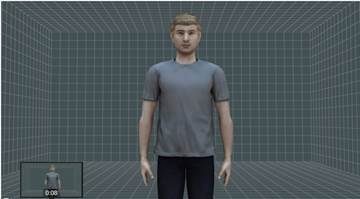 This video describes the technical aspects of the IMES system and how SSgt. James Sides is using this new prosthesis. 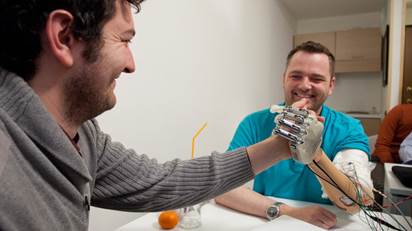 “Ten years a​go Dennis Sorensen was setting off fireworks to celebrate New Year's Eve with his family in Denmark when something terrible happened.” 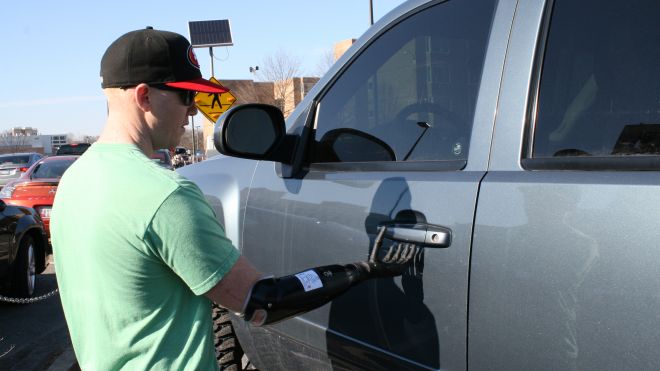 “After U.S. Marine Staff Sgt. James Sides lost his hand while serving in Afghanistan, he was desperate to get back to his old way of life. Despite the fact that he had mastered the use of his prosthetic, Sides was frustrated by his inability to fluidly do simple things like pick up a water bottle or get money from the ATM.” 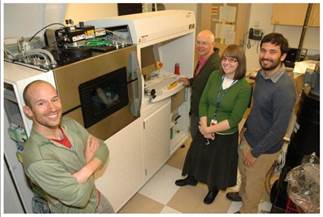 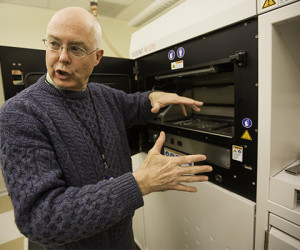 “Richard Weir, PhD, a researcher in robotic technology for arm amputees, said the fabricator will allow his research team to develop better components for prosthetic fingers, hands and arms. Weir, an associate research professor in the Department of Bioengineering, College of Engineering and Applied Science, would also like to create a prototyping center as a resource for other university and VA researchers.” 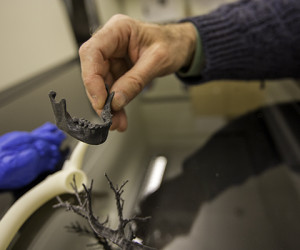 “Richard Weir’s new toy takes up an entire room in this basement maze of laboratory space at the Children’s Hospital Colorado in Aurora. - See more at: 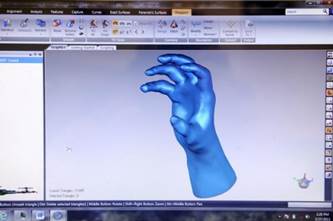 Why not make Colorado the capital of the budding 3-D industry?

“No sooner did we write about the fascinating laser-sintering machine in the basement of Children’s Hospital Colorado, building body part replicas from scratch metal, than Colorado State University made its own play for some publicity.” 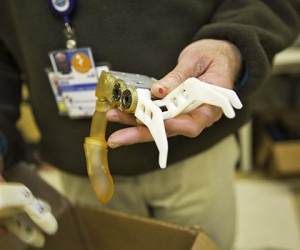 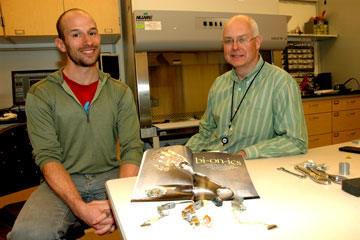 “When people lose an arm or a leg, the nerves that control the limbs continue sending signals to the muscles left behind. Decoding those signals to articulate natural movement in a sophisticated prosthetic is the goal of research being conducted by Richard Weir, PhD, associate research professor.”

Dr. Hugh Herr lost both legs in a mountain climbing accident, so he set about reinventing the artificial limb; see how the BioMechatronics Development Laboratory is helping him do it​

Asked what drew him to prosthetics engineering, Richard Weir, PhD, goes back to his childhood in Ireland. “I have a twin sister who lost a hand when she was five. My father was a doctor, my uncle was an engineer, and I’ve always been interested in science fiction, robots and androids. I imagine it’s an amalgam of all those things.” Today, as a scientist with VA, Northwestern University and the Rehabilitation Institute of Chicago, Weir is on the leading edge of prosthetics technology. [PDF]

The UNB hand is featured on Le téléjournal Acadie on Societe Radio-Canada, August 2009

The University of New Brunswick (UNB) Multifunction Hand System is featured on the Le téléjournal Acadie news show on the Société Radio-Canada station. This segment describes all segments of this sophisticated project including the BioMechatronics Development Laboratory’s work on the mechanical design of the hand system.

The Advanced limb system featured in the Matlab newsletter, November 2009

The arm system featured here was developed by DEKA, in conjunction with researchers here at RIC, including technical and clinical advice from Dr. Richard Weir.

"The Revolution Will Be Prosthetized”

Jonathan Kuniholm wears a prototype of the prosthetic arm created by the DARPA Revolutionizing Prosthetics 2009 project. The intrinsic hand shown was developed at the BioMechatronics development laboratory.

Discussing the most advanced prosthetics available and upcoming. This includes the intrinsic hand developed by the biomechatronics development laboratory and the IMES implantable myoelectric sensor system developed by Dr. Weir.

"The World's Most Advanced Bionic Arm”

Discusing the DARPARP2009 project including the IMES sensor system developed by the BioMechatronics Development Laboratory - "To gather signals required for finer control, Revolutionizing Prosthetics 2009 engineers will turn to rice-size injectable myoelectric sensors, or IMES -- devices being developed by RIC scientists Richard Weir and Jack Schorsch, and Philip Troyk of the Illinois Institute of Technology. Once embedded in the muscles to be read, the IMES devices will send much clearer signals, and many more of them."more. . .

The highlight of an April 27 Senate hearing on VA research was the demonstration of an innovative prosthetic hand being developed by Richard Weir, PhD, an engineer at the Chicago VA Medical Center and Northwestern University. Weir demonstrated a partial hand prosthesis, designed for those who have a wrist but have lost their fingers and thumb. The myoelectric unit has a built-in controller that interprets electrical signals from residual muscles.more. . .​